Caricature of the Dutch 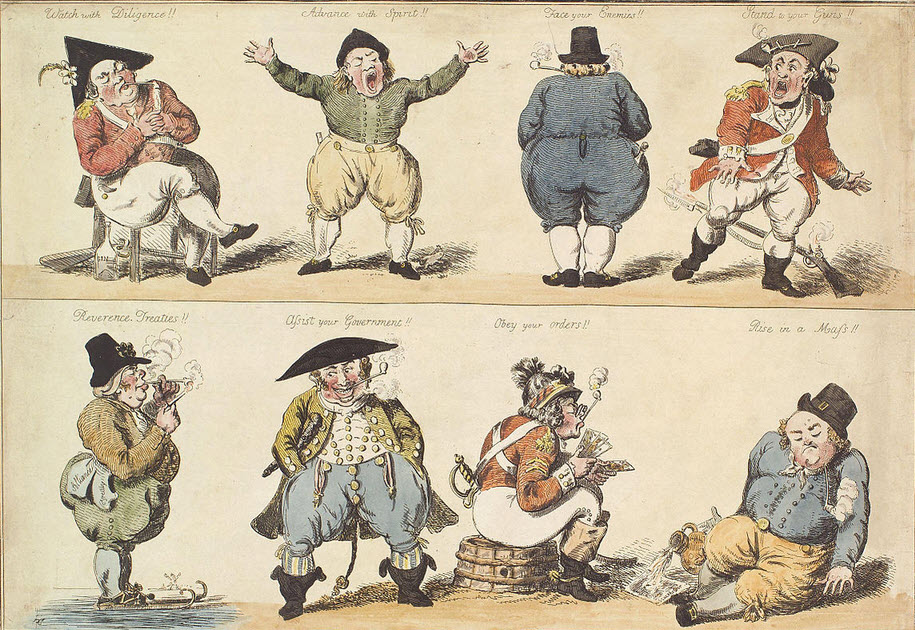 In this panel of vignettes, Cruikshank caricatures the Dutch and ridicules their fighting spirit over a dispute between Britain and Holland during the Napoleonic wars. He drives the point home by inserting captions related to military orders and prowess and then juxtaposing his ridiculous version of the Dutch soldier as he really was. 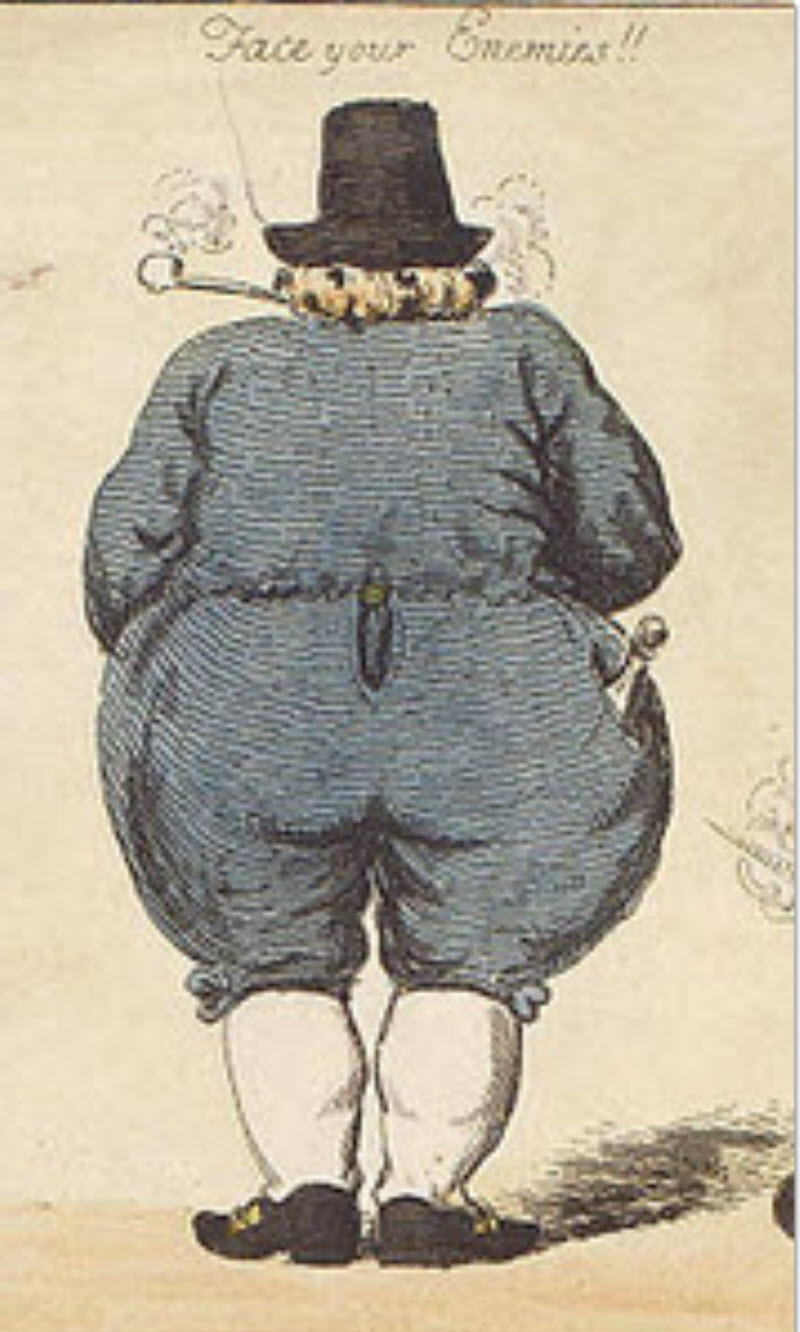 The caption reads “Face Your Enemies”. Instead a fat Dutch soldier shows his backside, presumably too cowardly to stand and fight. 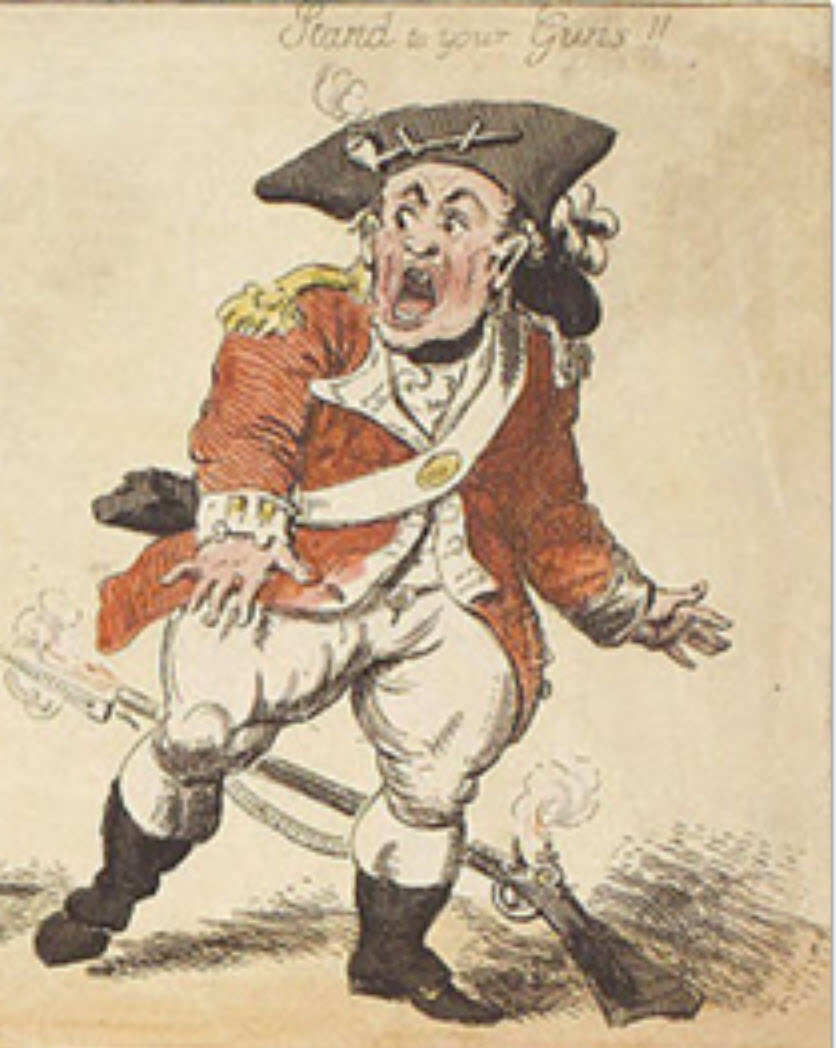 The caption for this one reads, “Stand to Your Guns.” Instead the frightened Dutch soldier is depicted as having dropped his rifle and running away in fear. 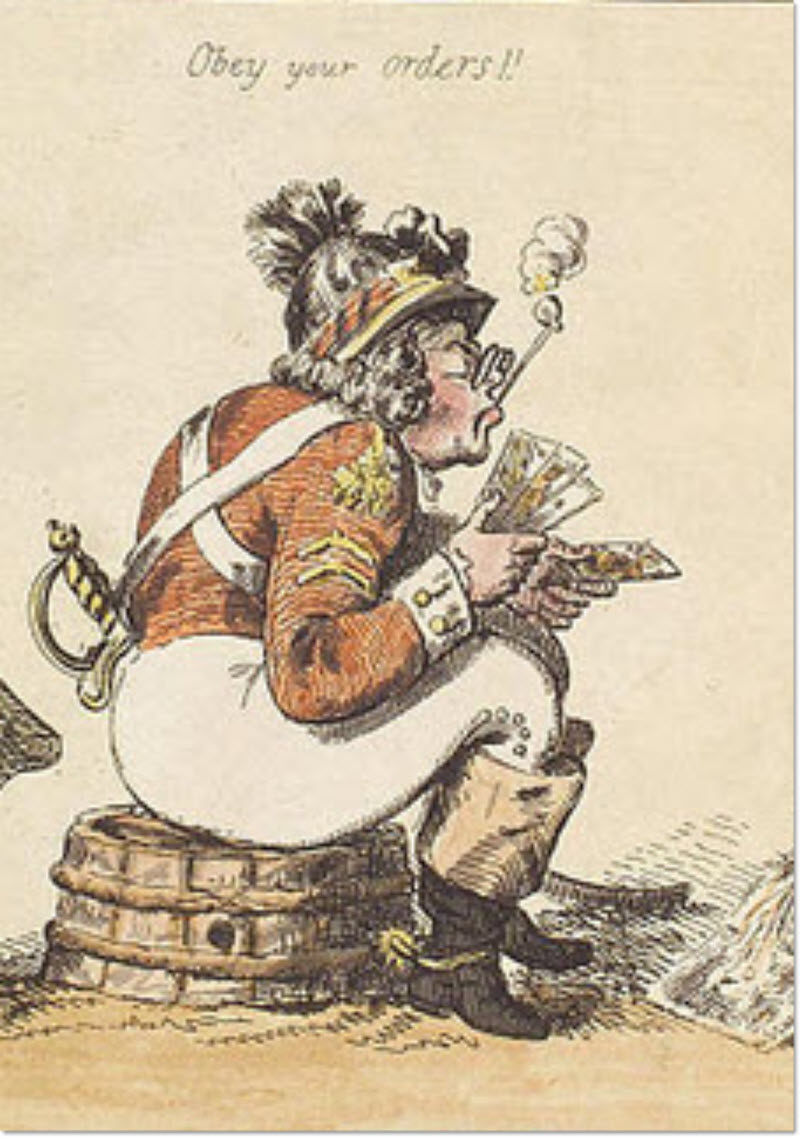 The caption reads “Obey Your Orders” but instead the Dutch soldier is playing cards and ignoring his duties. 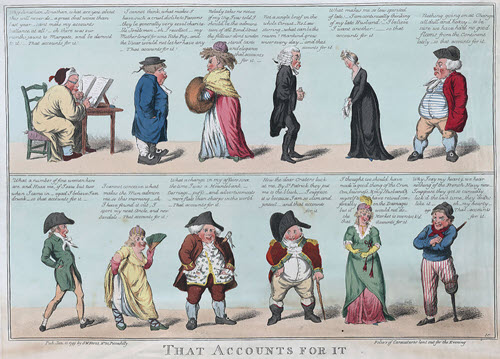 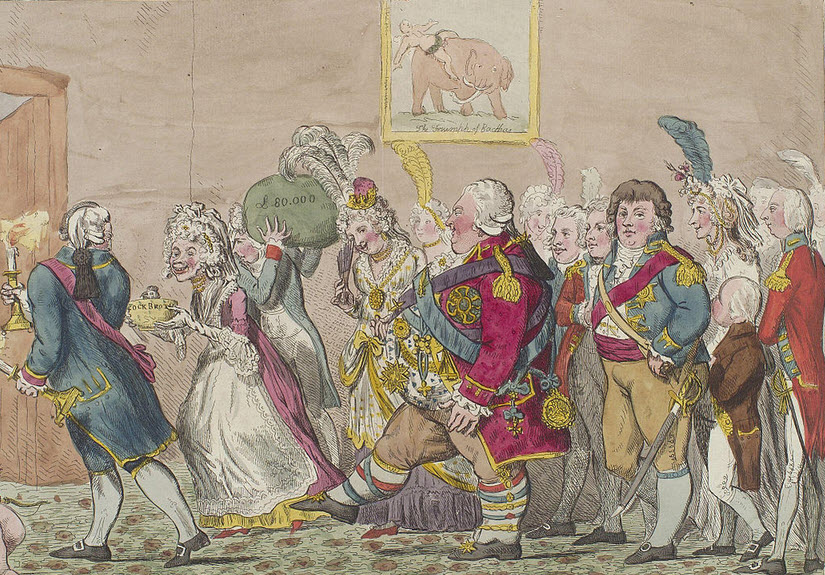 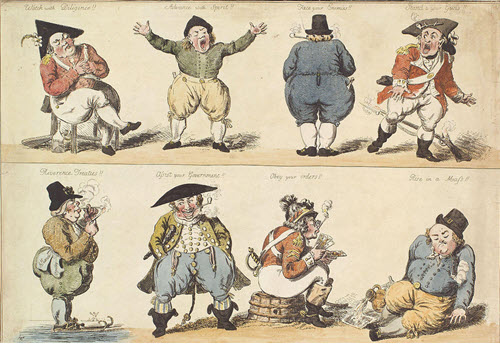